Our Mission at Silver Falls Eyecare, P.C. is to provide exceptional vision care to patients of all ages. We are committed to exceed your expectations through education, customer service and quality products. 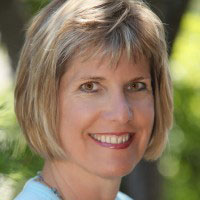 Immediately upon her completion of optometry school, Dr. Vasché associated with Dr. William Ludman who was a professor at Pacific University College of Optometry at the time. He was a renowned expert in vision therapy and vision rehabilitation. Dr. Ludlam lectured and mentored doctors throughout the world.

In August of 1980 Dr. Vasché moved to Silverton, Oregon where her father was raised and the family operated a dairy farm in the 1940’s. She opened a primary care practice at 306 Oak St. in Silverton. The practice was the first of its kind in the region to specialize in vision therapy.

After 13 years the practice outgrew its original office building and moved to a 3700 square foot building at 600 North First Street in 1993. The office was remodeled in 2004 and again in 2014. The landscape was replaced with topiary animals to showcase the new Pet Parade Mural along First Street in 2006.

Dr. Vasché was an Adjunct Professor for the College of Optometry at Pacific University from 2003 to 2012. She has supervised interns interested in learning how to treat children with vision therapy for delays in development of their visual skills as well as helped patients of all ages rehabilitate their visual function after concussion and brain injury.

In 2008 Dr. Vasché established one of the first clinics in the Willamette Valley to treat Ocular Surface Disease.

Dr. Vasché was on the International Examination and Certification Board of the College of Optometrists in Vision Development from 2009 to 2011. She was on the Board for St. Joseph’s Homeless Shelter in Mt. Angel from 2011 to 2015.

Dr. Vasché resides in Silverton. She has two grown sons. 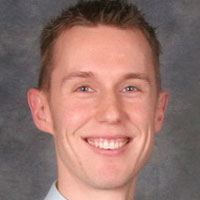 Dr. Shon Reed is originally from Spokane, Washington where he became certified and worked as a medical eye care technician.  Desiring to serve patients to a greater capacity, he moved to Oregon in 2012 to study at Pacific University in Forest Grove where he obtained his Bachelor of Science in Public Health as well as his Doctor of Optometry degree.  Dr. Reed focuses on primary care where he can see patients of all ages to diagnose and treat illnesses and disorders of the eye to maximize healthy vision and function.  Outside of the clinic, Dr. Reed enjoys building computers, astronomy, and exploring the Pacific Northwest with his wife and son.